Sunday was a rough start because by now we were all going on only a few hours of sleep. We quickly got ready and headed to Au Fudge, Jessica Biel’s restaurant. I highly recommend this place if you are ever in the LA area. Not only is it adorable, but the menu is phenomenal and it’s kid friendly with au pair’s to watch your kids while you and your friends enjoy a meal.

I’ve always heard the rave about chicken and waffles, but never really understood it. When I asked our waiter what he recommended, he immediately said “our chicken and waffles”. So I decided to go for it and try it. I also got a bloody mary to kick off my day. The bloody mary was sub-par, but my chicken and waffles was beyond words. It was the perfect mixture of sweet and a little spicy. The chicken was crispy and the seasoning was perfect. Mackenzie ordered the Vegan Hash and Tammy ordered the Bacon Breakfast Sandwhich, both of which they enjoyed! For dessert we had to try one of their famous milkshakes – everything of which is homemade including the ice cream. This milkshake is beyond words so I’ll just show you a picture and let you decide for yourself! 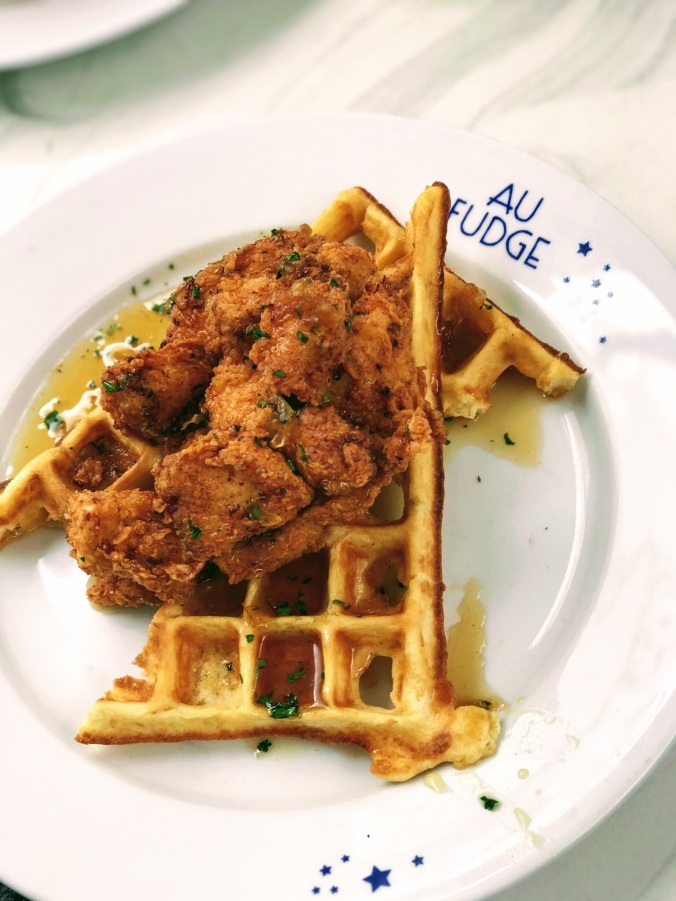 After our ginormous meal we decided we needed to walk it off and went for a hike at the famous Runyon Canyon Park. It was a little rough at the beginning with the food still settling, running on lack of sleep and lack of exercise over the past few days, but it was well worth it. The views were breathtaking and you could see over the entire city. Tammy told us that we were lucky because the sky is typically pretty smoggy, but it was very clear that day. We snapped a couple shots and headed back down to go home and change for our photo shoot we were about to go on. 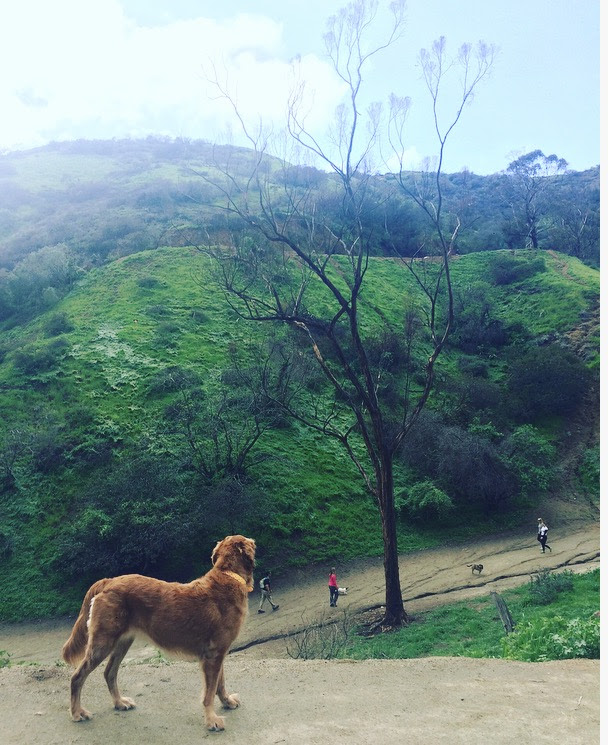 So if you don’t know, there are many great photo ops in LA. Here is the link to the famous walls where you can have your picture taken: http://localadventurer.com/best-instagram-spots-in-los-angeles/ 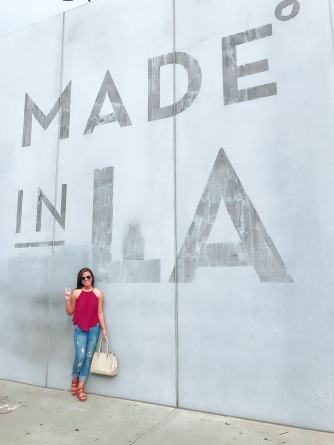 My favorite was the pink wall. Be warned: there will probably be a line at every wall! At the pink wall there is even a security guard to make sure you don’t touch the wall with your feet. We had fun picking out different poses and pretending like we were professionals. 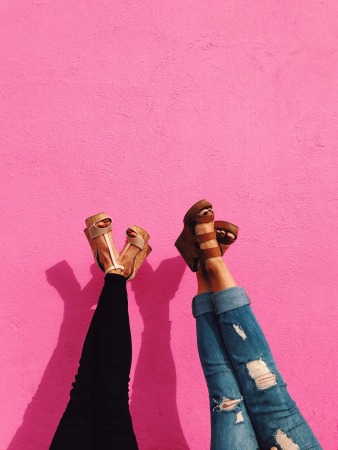 We also made a quick stop in DASH – their prices weren’t too horrible surprisingly!

Mackenzie and I were needing some coffee by now so we searched for the nearest coffee shop which happened to be just across the street, Alfred’s coffee. We walk in and the line is enormous – literally would have taken an hour! Luckily there was another Alfred’s just a couple blocks away. We get there and again another huge line, but we have no choice so we wait. While waiting in line we discovered that apparently this place is famous (hence the huge lines!) I tried my first bubble tea and Kombucha. The bubble tea was decent, but I really like the Kombucha. I’m learning so many new things out here in Cali.

We then headed home to get ready for the night because we had reservations at PUMP for dinner! PUMP was absolutely gorgeous. It was a magical garden filled with trees, chandeliers, candles, flowers, and beautiful antiques.

I had the chicken Milanese which was served with Lisa’s homemade potato salad (I’m sure she slung it up at home that morning) and an arugula salad. I could have had seconds of everything if I had the room. Tammy and Mackenzie both had the Tiger Prawn and Farro salad. Tonight we weren’t as lucky and didn’t have any celeb sightings at PUMP.

I had to get the Jalepeno margarita again and the girls go the famous Pumptini.

After PUMP we headed to Nightingale Plaza where we had gotten on the guest list. After a little wait we get into the club which at 10 was still dead! This club was NOT what we expected at all. It was super boujee and we felt a little awkward. I think Tammy said it best “I feel like I’m in an episode of Straight Outta Compton”. Apparently Drake’s dad was there and we were told that “he likes to party”. There were also girls in angel costumes strutting around dancing above us. We hung out for awhile and then decided to go to the Abby because we had so much fun there on Saturday night. The Abbey was packed again and just as fun! We even saw “Oliver” from How To Get Away With Murder. 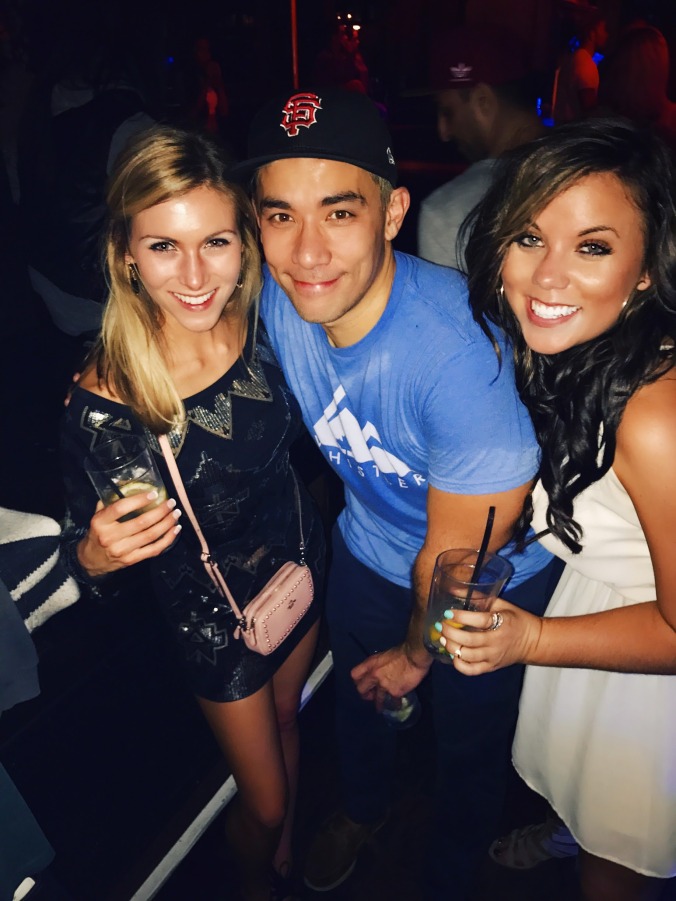 We also saw Scott Hoying (from Pentatonix). Apparently he was too cool to take any pictures with anyone though. He was in his own confined VIP area with one other person.

Once we got home Mackenzie thought ordering pizza was a great idea – I didn’t disagree. I was so tired that I fell asleep before the pizza got there, but amazingly woke up right when the pizza got there! We all dominated that pizza. Nothing like a little pizza at 2AM!

Monday morning Mackenzie and I swung into Urth Caffe to grab a quick to-go breakfast and then we all headed to Warner Bros Studios for a tour! The WB tour was amazing and highly recommend it to everyone! There is so much that goes on behind the scenes that it doesn’t even seem real. We saw the sets where the upside down kiss from spiderman was filmed, the Gilmore girl’s, Hart of Dixie, Friends, and many more. 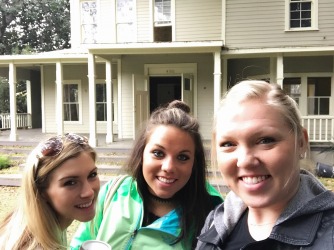 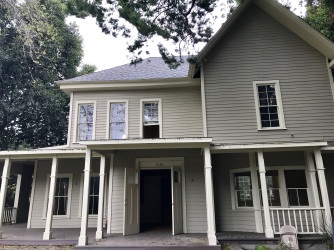 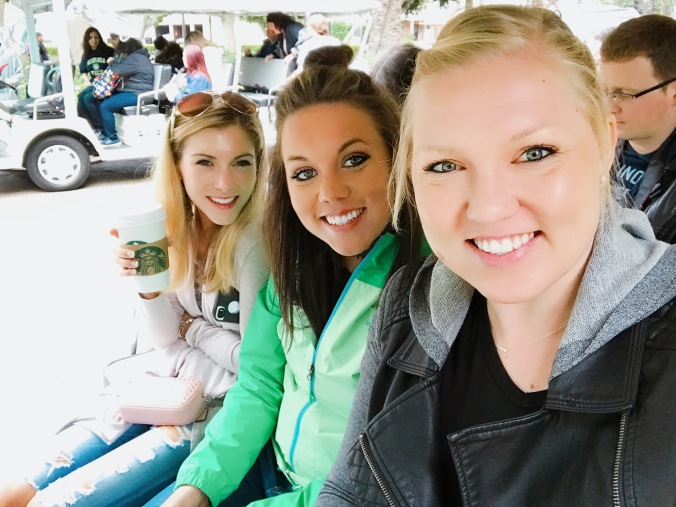 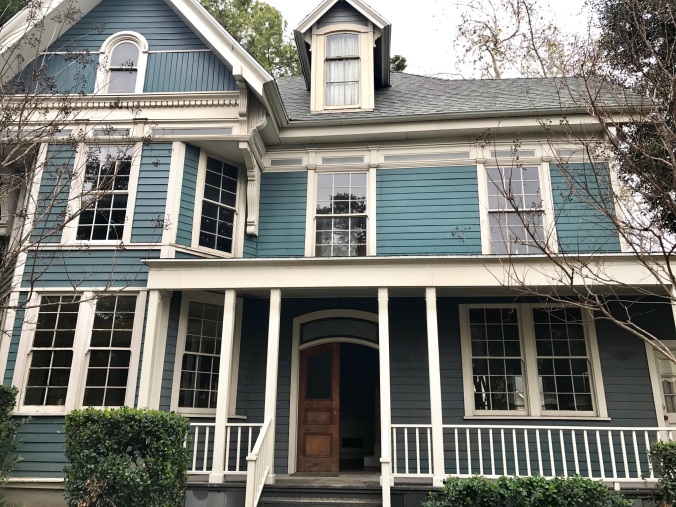 My favorite part was the interactive part. We got to take a picture on the famous friends couch. Mackenzie and I even rode on broomsticks with Harry Potter. And lastly I even won an Oscar for my acting skills.

Our last adventure was a stop at Olive and Thyme. It was another cute little café/shop. Their food was scrumptious. I even got a little treat that was to die for. The coolest part about stopping here was when we were leaving we sighted Katie Holmes across the street. Of course we had to cross over so that we could grab some paparazzi pictures.

What a trip! Can’t wait for my next adventure – but I sure have been enjoying these lazier weekends the past few weeks! Only 5 more weeks left in California and then off to my next destination which is still unknown at this time.